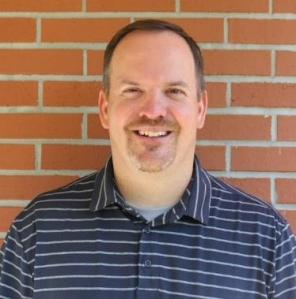 His first day in office followed on Monday, Oct. 31.

Wilson was born and raised in Tuscaloosa, Alabama. Growing up in a Christian home, Josh heard the Gospel many times before surrendering his life to Jesus Christ at the age of 10. By his freshman year of college, the Lord was already calling Josh into full-time vocational ministry, and he was licensed into the ministry. Josh attended the University of Alabama and completed a Bachelor’s degree in Secondary Education: Language Arts. During this time, he began his first ministry assignment as a youth pastor at Moundville Baptist Church just outside of Tuscaloosa.

In 2005, Josh became the middle school pastor at Geyer Springs First Baptist Church in Little Rock, Arkansas, under the leadership of Dr. Bruce Chesser of Andalusia. During these five years, Josh completed a Master of Divinity degree from Southwestern Baptist Theological Seminary in Fort Worth, Texas, and was ordained into Gospel ministry.

Josh then transitioned to his first pastorate at Bethany Baptist Church in Andalusia, where he served from 2010-2015. During this time, the church experienced sustained growth and impact in the community. He then accepted the call to pastor Immanuel Baptist Church in Pace, Florida, for three years while also completing a Doctorate of Ministry degree from New Orleans Baptist Theological Seminary in 2019.

For the past two and half years, Josh has been serving as the Assistant Executive Director at a faith-based non-profit, Christian Mission Centers in Enterprise, Alabama. His work supported the administrative leadership needs of the ministry. Josh has also been providing pulpit supplies for Southside for the past few months.

Josh has three sons: Ridge (16), Cade (14), and Pate (12). He enjoys supporting them in their extracurricular activities, exercising, playing golf, playing the guitar and piano, and enjoying time with friends and family.

The aim of Josh’s life is to display the power of the Gospel of Jesus Christ through his life, family, and ministry. As a pastor, Josh seeks to minister to all ages, build deep relationships that lasts, cast a vision for the future, preach the Gospel faithfully, lead the church to build bridges into the community, and to love all people, saved and lost. The ultimate desire of Josh’s ministry is to see people become fully devoted disciples of Jesus Christ.