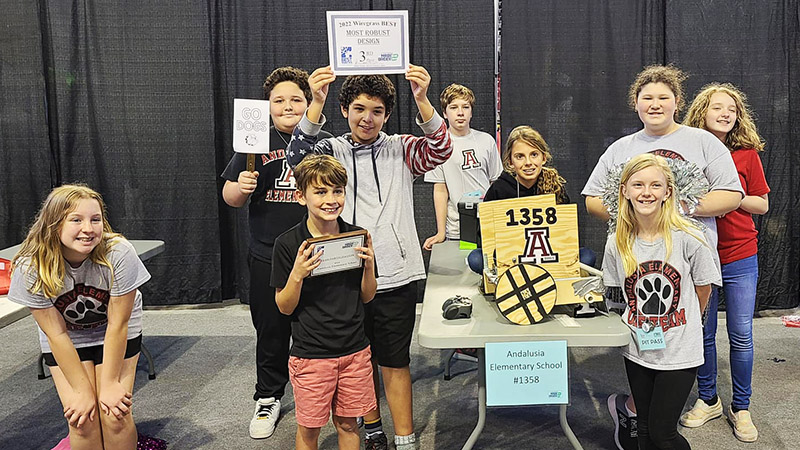 Students of Andalusia Elementary School’s robotics team participated in the school’s first competition at Troy University. The group was the youngest team to ever participate in the 30-year program. (SUBMITTED PHOTO)

The robotics team is made up of fifth and sixth graders who were there as the youngest team ever to compete in this 30-year program.

The students competed in six matches earning their way to the semi-finals. They later competed in three more matches to secure a place in the finals.

“The kids learned so much from this experience including teamwork, perseverance, problem-solving, critical thinking, and determination. They had to work together to build the robot to accomplish the assigned task and then had to come up with a strategy when things didn’t go as planned. I am so proud of them and so glad that they showed everyone that even elementary kids can accomplish great things,” AES Robotics Coach Shanna Davis said.