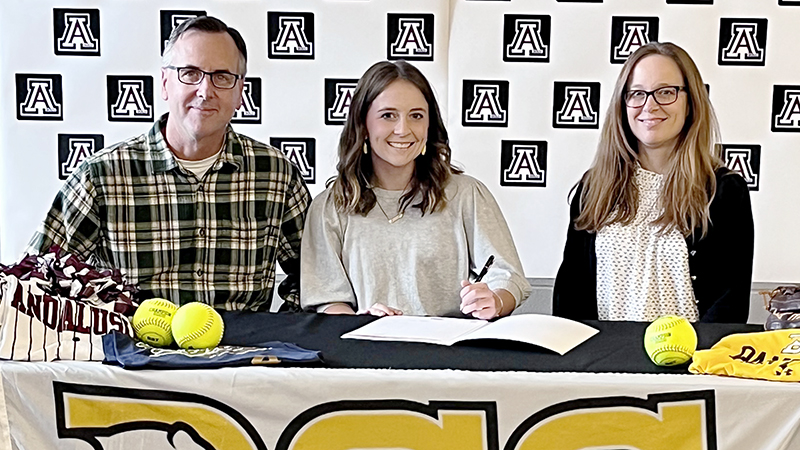 BSC is a private four-year university affiliated with the United Methodist Church in Birmingham. Its athletic teams are known as the Panthers. The university is a member of NCAA Division III’s Southern Athletic Association (SAA).

Furr is a second baseman and pitcher for Andalusia High School. She serves as the leadoff hitter for the Lady Bulldogs.

“I have always loved playing softball since I was about five years old. This will give me an opportunity to play at the next level, which I’m very thankful for. When I went on a visit to Birmingham Southern, I loved everything about it. It felt like a home away from home,” she said.

She is excited to represent her hometown at the next level and was recently awarded a Presidential Scholarship from BSC.

“This opportunity to continue playing softball in college means a lot. Like I said, I’ve always loved playing since I was five. It’s a great opportunity for me. I am looking forward to being able to experience and learn new things outside of my city,” Furr said.

Although she is undecided on what she plans to study, she stated she would like to pursue the medical field. “Playing for the Andalusia softball program gave me the opportunity to work on creating a balance between school and athletics.”

Furr is grateful for the support she has received from her loved ones since she was young.

“Having the support of my family and friends has meant the world to me for all these years. Everybody struggles, and when I make a mistake, they are there to help me and pick me up. That means so much to me,” she said.

She is the daughter of Willie and Amanda Furr and will graduate from Andalusia High School in the spring. Her older sister, Maggie, is a member of the softball team at Enterprise State Community College.