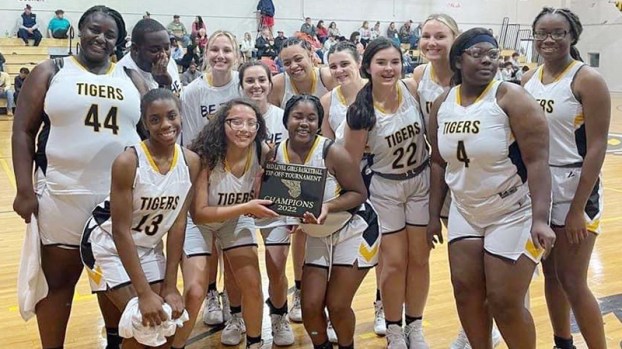 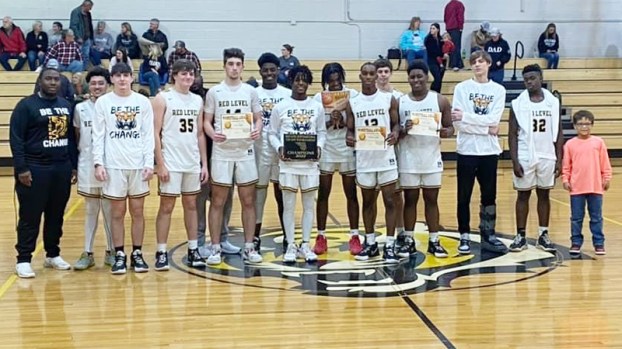 “I thought we played well as a team. Both teams came out with a lot of energy, which was good to see in them. We have been working hard on getting us to understand the style I’m trying to bring to the teams. We still have a lot of work to do to get better. We learned that you can never think a game is over too early, and you have to finish all four quarters as you started the first,” Red Level Head Coach Dominic Williams said.

The Lady Tigers defeated Pike Liberal Arts in the title game, 49-10. Liz Cross was named the tournament MVP. Kaitlyn Beverly and Alyha Robertson were named to the All-Tournament Team.

The Tigers knocked off county rival Straughn in the championship, 67-56. SHS defeated Pike Liberal Arts in the semi-finals, 51-34, while Red Level took down Goshen, 62- 38. Javen Poindexter was selected as the tournament MVP. Red Level’s Malikye Wright, Caleb Padgett, and Jamari Brown were chosen for the All-Tournament Team. Straughn’s Layne Grantham, Daniel Bell, and Micah Turner were also among those listed for tournament recognition.

Williams is in his first season as the head coach for Red Level’s girls and boys.

“I think getting those wins to start off the season with the Tiger fans behind the team and me was a big confidence builder for us. We enjoyed those and have to get back to work to get better every day,” he added.

Both schools will resume play Tuesday, Nov. 29 at home. The Red Level girls (2-0) and boys (3-0) welcome Andalusia for three games beginning at 4:30 p.m. The Straughn boys (1-1) will take the court around 7 p.m. following home B-team and varsity girls’ matchups with Florala.