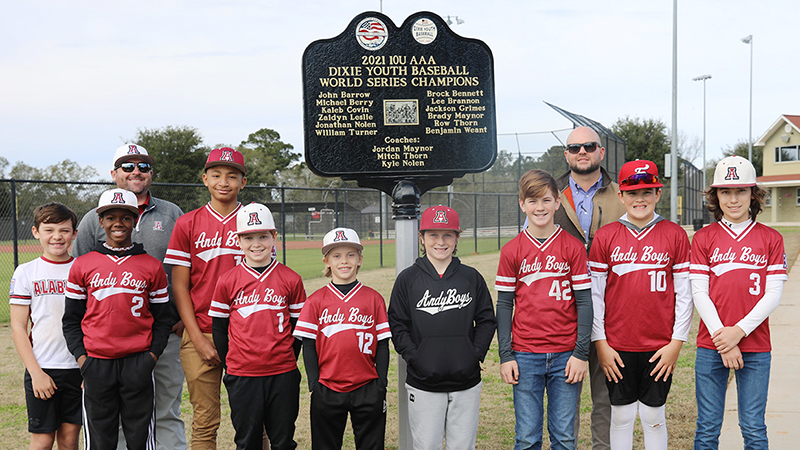 The City of Andalusia unveiled a marker at Johnson Park to recognize the 2021 10U Dixie Youth All-Stars who won the World Series championship in Mississippi last year. (PHOTO PROVIDED)

On Monday, the City of Andalusia unveiled a marker in Johnson Park recognizing the 2021 10U Dixie Youth All-Stars, who went on to win the 2021 Dixie Youth World Series in Laurel, Mississippi.

Coaches were Kyle Nolen and Mitch Thorn. Jordan Maynor, who managed the team, said they will be playing together again this year and expect to bring home another title.