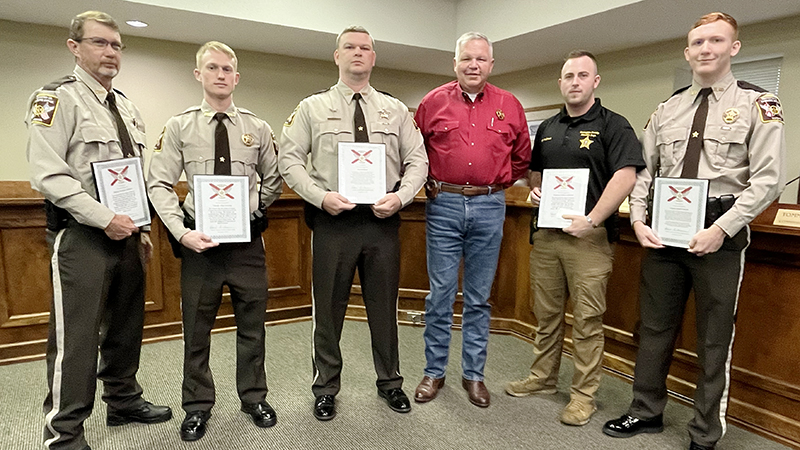 The Covington County Commission approved several items including the allocation of $1 million to roads and bridges using American Rescue Plan Act funds at its final scheduled meeting of the year Tuesday, Dec. 13.

Sheriff Blake Turman recognized five of his deputies at the meeting. Those deputies were Mike Cheshire, Clay Conway, Zak Wallace, Josh Sullivant, and Kaleb Piland. The deputies were honored for heroism and for going above the call of duty.