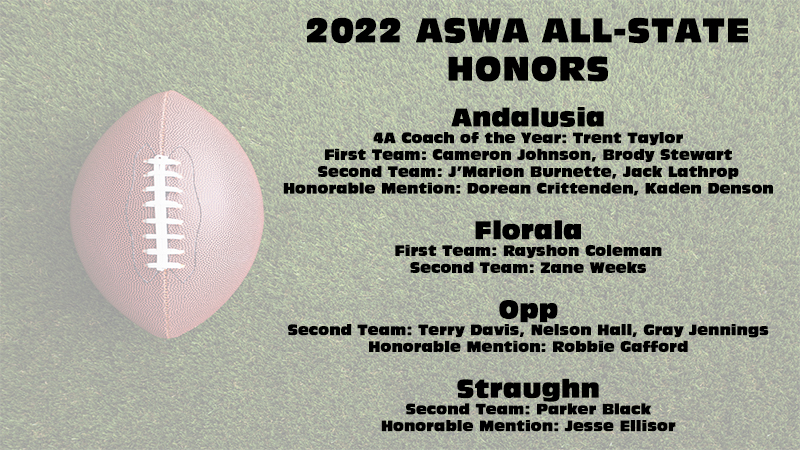 The awards continue to come for the 4A State Champion Andalusia Bulldogs as several were named to the Alabama Sports Writers Association’s All-State team, including Head Coach Trent Taylor being named the organization’s Coach of the Year.

It was not just Bulldogs recognized as Florala, Opp, and Straughn each had players honored by the ASWA.

Honorable mention went to senior wide receiver Kaden Denson and senior Dorean Crittenden chosen in that category as an athlete.

Taylor is the ASWA’s Coach of the Year.

Opp, Straughn, and Florala each had players named to All-State teams.

Opp senior Robbie Gafford was named as an honorable mention as a punter.

Florala junior Rayshon Coleman was named first-team All-State as an athlete while senior Zane Weeks was named second-team at the linebacker position.