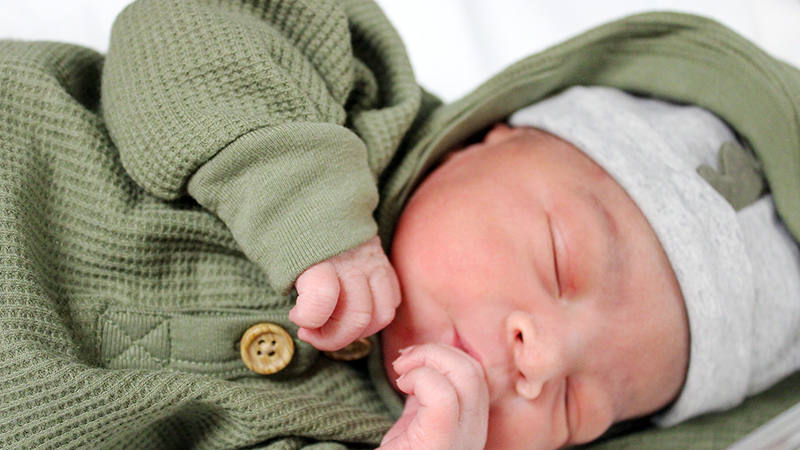 Christopher Denson Jr. is the first baby of the new year at Andalusia Health. Christopher was born at 12:45 p.m. on Jan. 1, 2023. (PHOTO PROVIDED BY ANDALUSIA HEALTH)

Christopher Denson Jr. was born as the first baby of 2023 at Andalusia Health on Sunday, Jan. 1, at 12:45 p.m. According to hospital records, Christopher weighed exactly 7 pounds and was 20 inches long.

“This is our first child together and is a feeling I can’t describe. It’s a good feeling to have the first baby of the New Year because he wasn’t supposed to be born until two weeks from now. He just decided to come early on us,” Edwards said.

“We would like to keep moving forward in life with our new addition to the family this year,” she said.