City of Andalusia recognizes Jones for tenure as municipal judge 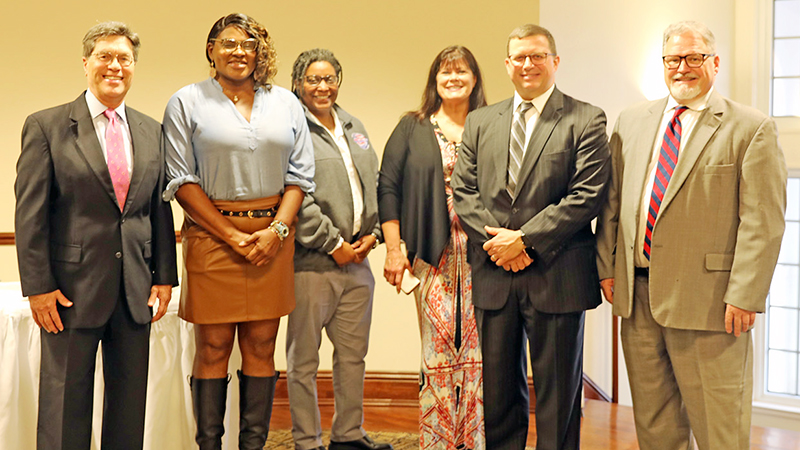 Mayor Earl Johnson on Tuesday recognized Municipal Judge Mike Jones Jr. with a resolution as he prepares to step down from the office as he takes on a new role in Montgomery. 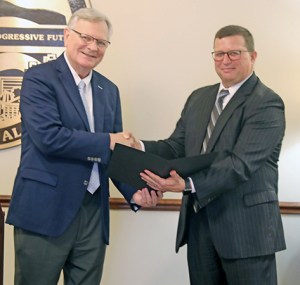 Friends, family members, and court officials were on hand for the presentation and the reception that followed.

Jones, who was appointed municipal judge in 2008, is stepping down to take on a new job as an assistant attorney general for the Alabama Secretary of State.

Mayor Johnson said that during his time on the bench, Jones has reorganized and streamlined the municipal court and that during his time in the House of Representatives, he drew upon his experience in family law and as a municipal judge to sponsor and influence legislation that improved the lives of families affected by the incarceration of a family member.

Included in that work was legislation allowing those who had lost driving privileges for legal reasons to have a limited license allowing them to drive themselves to and from work, empowering them to provide for their families, rebuild their lives, and move out of the court system.

Jones thanked the “great professional staff” of the municipal court, including the prosecutors and defense attorneys, court referral officer, and the probation officers,

He said many things he observed and learned as a municipal court judge he took back to Montgomery and used to improve legislation.

Jones has practiced law in Andalusia since 1994 specializing in family law. He served in the Alabama House of Representatives from 2010 until 2022 and was chairman of the powerful Rules Committee for four years.