A suspect allegedly involved in an attempted home burglary was arrested Friday night at Andalusia Health where he went to be treated for a gunshot wound sustained during the robbery. 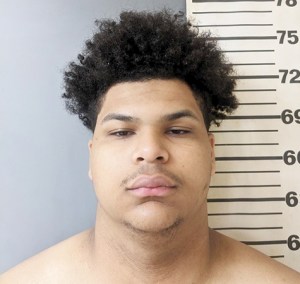 Diandre Nicholas Sheridan, 18, was arrested by the Andalusia Police Department and charged with first-degree robbery.

According to police, the APD received two calls on Friday night that led to the arrest. Capt. Brett Holmes said Andalusia Health called in a report of a patient who sustained a non-life-threatening gunshot wound shortly after 8 p.m. The police also received a call the same night involving an attempted robbery on 9th Street.

Sheridan was charged with first-degree robbery and is being held in the Covington County Jail on a $150,000 bond. Law enforcement officials said the case is ongoing and still being investigated.

Officials expressed gratitude to the Covington County Sheriff’s Office for its assistance in responding to calls while the APD investigated the shooting.