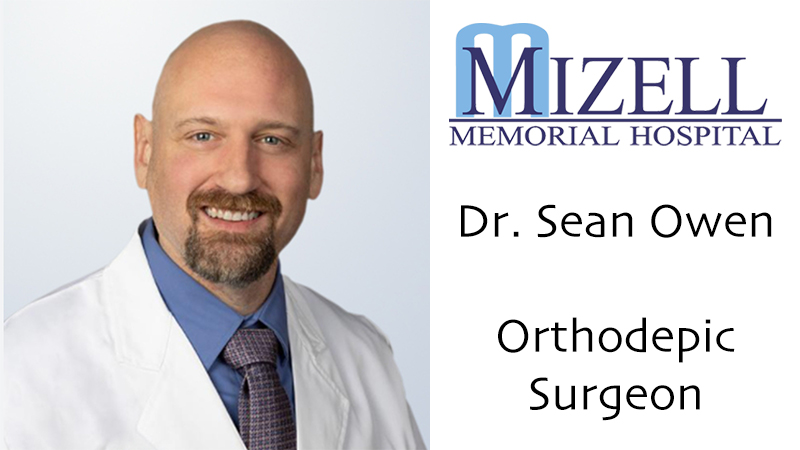 Dr. Owen is a graduate of the University of California at Davis with a Bachelor of Science in Molecular Biology. As an undergraduate, he was recruited and accepted a position on the UC Davis football team. As a lineman on the team, he suffered a career-ending shoulder injury. This would later draw him into his career choice of orthopedic surgery.

After successfully completing his medical school training at Drexler University College of Medicine in Philadelphia, Pennsylvania, he entered an orthopedic surgery residency through St. Louis University in St. Louis, Missouri. He then furthered his training with a prestigious fellowship in Orthopedic Trauma from the University of Tennessee Health Science Center in Chattanooga, Tennessee.

After completing his education, he opened Redwood Skeletal Trauma Clinic where he worked for 10 years in rural Humbolt County in northern California.

Dr. Owen and his wife, Dana, moved back to Mobile in 2022 to be closer to family and for Dr. Owen to complete an MBA through the University of Alabama in Tuscaloosa.

Dr. Owen is an active motorcycle enthusiast. He has ridden his motorcycles in four different countries and in 49 different states and has ridden across the United States five times from sea to sea.

“We are extremely excited about Dr. Owen joining the healthcare team at Mizell Memorial Hospital. Dr. Owen brings a wealth of knowledge in industry-leading techniques and technology that will provide great benefits to the patients. Dr. Owen is going to be a tremendous asset to our community and the surrounding communities we serve,” Myers said.

A grand opening for the Mizell Orthopedic Center will be held in the lobby of Mizell Memorial Hospital on Friday, Jan. 20, at 11:30 a.m. The public is invited to attend to meet Dr. Owen and his staff and enjoy refreshments.