The Andalusia Police Department has made a second arrest in an attempted robbery that occurred on 9th Street Friday night. 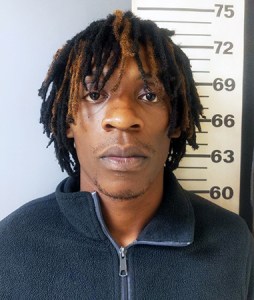 Roosevelt Weaver III, 22, of Andalusia, was charged with first-degree robbery on Monday. He was released from the Covington County Jail on a $150,000 bond.

The APD had almost simultaneous calls Friday night that led to the investigation and subsequent arrests.

It did not take long to determine that his injury was related to a second call the APD received of an attempted robbery on 9th Street.

Homes said when APD responded to the 9th Street call, a victim reported he was sitting outside in his vehicle at his home when he was approached by a person wearing a mask and carrying a firearm, who attempted to rob him.

The 9th Street resident took out his own firearm and fired multiple rounds at the would-be robber. Both the shooter and witnesses on the scene identified Sheridan as the person who attempted the robbery.