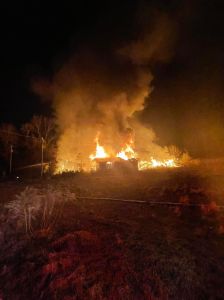 The fire department was dispatched to the scene at 3:09 a.m.

The building was empty and no injuries were reported. The incident is under investigation.

Officials with the Opp Police Department and Covington Electric also responded to the scene.