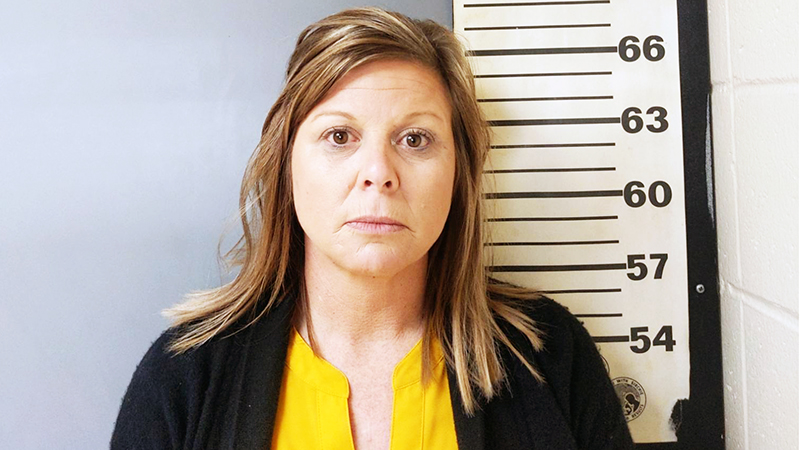 A sentencing hearing was held at the Covington County Courthouse on Tuesday for a woman who pled guilty to felony murder for her involvement in the death of Joshua “J.J.” Mount.

Tammy Armstrong Bush, 40, of McKenzie had requested probation for her involvement in the murder of Mount, which occurred at Hayslette’s Bridge, near the Covington and Butler county line in August 2018.

Circuit Judge Charles “Lex” Short previously accepted Bush’s guilty plea and she then applied for the benefits of probation.  In her request for probation, Bush requested that the Court not require her to serve any prison or jail time as a result of her plea.  District Attorney Walt Merrell represented the State in the matter.  On the subject of her request for probation, Merrell noted, “I don’t think anyone should get probation for participating in a crime that resulted in death.  Period.”

Bush was represented Tuesday by Riley Powell of Mobile.  Powell called three witnesses to testify on Bush’s behalf, including the defendant herself.  Powell first called former Butler County Sheriff Kenny Harden.  Harden, now employed as a sergeant with the Dallas County Sheriff’s Office, testified that he had known Bush’s family since 1995 and that, based on his familiarity with her and her family, he thought she ought to receive probation.  Harden testified that he knew little of Bush’s involvement in the murder, despite his presence at the crime scene.  Harden admitted that he did ask to speak with one defendant “alone,” but denied recollecting the content of that conversation.  Merrell elicited testimony from Harden that he never completed any written reports regarding being at the crime scene or his conversations with any defendant and further denied that he had been asked to write any such reports, despite the law enforcement’s customary practice of report writing.

Bush’s pastor also testified on her behalf before Bush took the stand.  Bush testified that she was “so sorry” and that “JJ didn’t deserve to die.”  However, Bush denied that she either expected or knew the murder would happen, despite her admissions to having knowingly dropped two co-defendants off with firearms to await the victim’s return to the area.  Once Mount did return to Hazlett’s Bridge, he was shot in the head and died immediately.  Bush indicated she was asking Short for probation primarily for the sake of her children and her mother, testifying that she “pose[s] no harm to anyone.”

Merrell prosecuted the case for the State and agreed with Bush that the victim did not deserve to be killed.  “Bush and her co-defendants acted as vigilantes, dispensing what they believed to be their own street justice.  That cannot be acceptable in civilized society and the law will not tolerate such.  JJ Mount has a family that loved him and they have grieved his loss each day since August 2018.”

At the conclusion of the hearing, Short denied Bush’s application for probation and remanded her to custody.  Short indicated he would take under consideration her request for any split sentence.