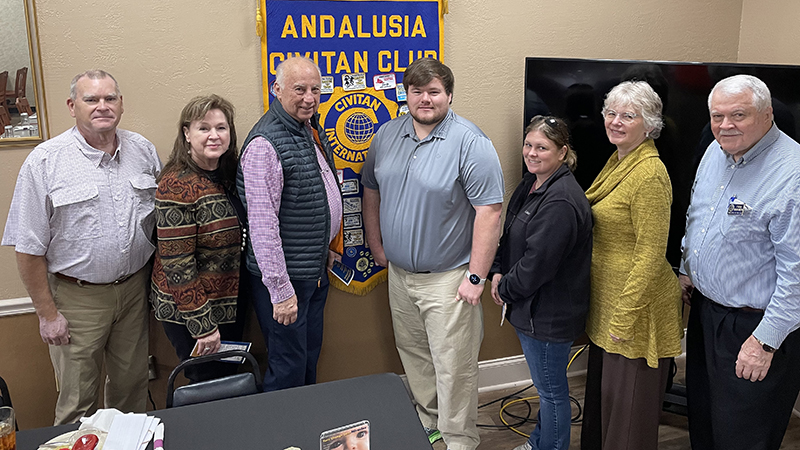 The Andalusia Civitan Club made history at their regular meeting on Friday, Jan. 20, by inducting eight new members.

It is believed this is the largest number of members inducted on a single occasion since the club was chartered in October 1955.

No charter member is alive currently, but one who joined the club in 1958, James Hardy “Bill” Tillman, passed away last week after serving as a member for 65 years.

Civitan, a coined word from the Latin word civitas meaning citizenship, is the underlying foundation for the organization chartered in 1917 in Birmingham.

The motto of “Builders of Good Citizenship” is carried out through the organization’s aim is to make its community and world a better place in which to live. This is achieved through helping others, especially those with mental and physical disabilities. Civitan’s major flagship is supporting the Civitan International Research Center in Birmingham, which provides research and treatment of developmental disabilities and brain disorders.

For more information, contact any Civitan or Curtis Thomasson, current president of Andalusia Civitan at cthomasson@centurytel.net.