The Straughn Tigers (1-0) ended their short losing streak to the Andalusia Bulldogs (0-1) Friday night, winning the game by 24 points with a score of 50-26.

“I think that’s probably without a doubt, the best combination of offense, defense and special teams,” Taylor said. “Even though we missed some extra points and things of that nature, that was the best we’ve played around here in a long time.”

The Tigers increased their lead to 12 points when senior running back Andrew Stokes carried the ball 8 yards for their second touchdown of the night.

The Bulldogs quickly answered back when senior running back C.J. Richardson found a gap on the field to run 64 yards to the end zone. With 11:09 left in the second quarter, the score was 12-7 in favor of Straughn.

On a third and short play, Straughn’s Chase Parker carried the ball in for a touchdown to make it 19-7.

On their next possession, Andalusia fumbled the ball, which the Tigers’ Eric Samuel recovered and ran the ball back 60 yards for another touchdown. The Tigers were up 25-7 at the end of the first half.

Things kept going Straughn’s way in the third quarter as a bad snap by Andalusia fell into the Tigers’ hands with 11:04 left in the third.

On the next play, Taylor again passed to Felton, who ran 15 yards for the touchdown to make the score 32-7.

On their next possession, the Bulldogs handed it to junior T.K. Bullard for a 33-yard carry for a touchdown.

The Bulldogs held Straughn on downs in the next set of plays, but with 3:25 left in the third quarter, C.J. Richardson did it again with an 80-yard carry to the end zone for another touchdown to make the score 32-19.

Two plays into their next possession, the Tigers fumbled the ball when senior linebacker Nico Johnson stripped the ball to recover it for the Bulldogs.

“They’ve got a tremendous running back in C.J. Richardson,” Taylor said. “That’s obvious to everybody in the stands. We gave them some opportunities to come back in the game by missing some tackles or being out of position, but those are things again we’ve got to correct.”

Andalusia could not hold on to the ball for long as Straughn got the ball back with 49.9 seconds left in the third quarter

The Bulldogs fumbled the ball again in the fourth quarter to let Straughn have the ball back with 9:44 left in the game.

Bulldogs head coach Brian Seymore said of the team’s performance Friday night that they have to “regroup” to get better.

“We’ve got to regroup,” Seymore said. “[Straughn] played with more heart. They deserved it. Their kids outplayed our kids from start to finish. They wanted it more and you could see it with how they played. We’ve got to go to work, as coaches and as players. We’ve got to find some leadership and some heart. I didn’t see it [Friday night].”

On what they need to improve, Seymore said that blocking and tackling are two areas that need some work.

“It comes down to blocking and tackling and we didn’t do a good job blocking and tackling,” he said. “We’ve got a lot to work on. We’re not going to hang our heads down. We’ve got to keep moving forward and all the congratulations go to Straughn — their football players and coaching staff.”

Straughn’s Ryne Taylor would find Jakim Felton again for another touchdown as Felton carried the ball more than 50 yards for another six points.

On the next drive for the Bulldogs, senior Brent Shiver drove the ball in through the gap for another touchdown to make it 44-26.

To cap off the night, Straughn’s Stokes carried the ball 7 yards for the final touchdown of the night with 1:39 left in the game.

Taylor said the win came as a result of the team coming together and working hard.

“This group of kids have pointed to this, not just this game, but to this season,” Taylor said. “We got beat 42-0 by [Andalusia] last year, but the following Monday, we were in the weight room. In everything we’ve done, we’ve done directed toward making this a special year for us. We’re still young in a lot of areas.

“The way that our leadership has come to the surface that so many of the younger players aren’t playing like 10th graders. It was just a great effort and they’re humble. This is big and they can walk with their head up, but next week, we start again. Sunday afternoon they’ll be here at 3 o’clock just like they were here last Sunday. We give them their packets and they go home and get ready to go back to work on Monday.”

Straughn’s Taylor was 19-for-23 passing for 234 yards and three touchdowns with 16 carries for 81 yards and one touchdown.

The Tigers had 449 yards total on offense with 215 yards on rushing and 234 passing.

Eric Samuel recovered three fumbles and scored one touchdown. The leading tackler for Straughn was Nick Allen with seven tackles.

Next Friday night, Straughn will host Choctaw County and Andalusia will travel to play B.C. Rain. 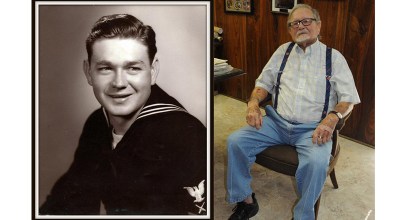