Head coach Richard Robertson said the control of the game fell into his team’s hands early in the game Saturday.

“I don’t want to take anything away from Trinity, but we pressed them the first half and we took control of the game early,” Robertson said. “We had them 38-9 at the half. I knew that they were the type of team that if you let them run their offense, they’ll dissect you.

“So, we jumped them before they could get into their offense set,” he said. “That was the best ball game we’ve played. We had a lot of balance.”

Robertson added that the team came together and adapted to Trinity’s defensive gameplan.

“They went out and shut down Nico (Johnson),” he said. “When they did that, others stepped in and took up some slack.”

Robertson said his team’s press led to many positive things in the game.

“Our press picked up some easy baskets,” Robertson said. “In the second half, we slowed the tempo down and we won the second half 29-17. The damage was done in the first half. That’s what I’m trying to get them to understand — you know the other night we had a 13-point lead and started to make mistakes and stop presses.

“Whatever scheme they play, we’ve got to counteract it,” he said. “We did a better job of that, but Friday night we didn’t.”

Robertson said Trinity has a good basketball team and that they will come back to be a good team later in the season.

“Trinity has got a good program,” Robertson said. “They’ve played two ball games with three-day practices. If they had beaten Cordova the week before last (in football), we wouldn’t have played. They have good athletes and lost one two nights before we played them because they had a miscommunication on the timeout.

“They’re well coached and well-disciplined, but we just caught them early in their second ball game of the season,” he said. “They’ll get better.”

The T.R. Miller game scheduled for tonight has been postponed because Miller is still in the state playoffs. 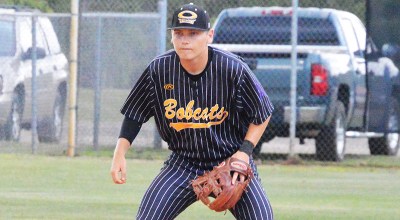 Bulldogs beat the buzzer in win