A total of 5,522 voters went to the polls on Tuesday, and Probate Judge Ben Bowden called the turnout good.

“We had 25 percent turnout in the 2008 primaries,” Bowden said. “There were a lot of important things going on in ’08. To have 30 percent given the weather and the holiday was good. I’m pleased that we beat last election and hope for a higher number next time.”

As vote returns came in to the Covington County Courthouse, those close to political races were busy collecting numbers from across the state county, district and state to see how their candidates fared. Bowden also was checking his Blackberry.

“Mostly, I’m happy with the Cardinals’ numbers,” he joked.

Bowden coaches the Cardinals in the city’s Cal Ripken League, and was getting updates of the game from the ballpark. 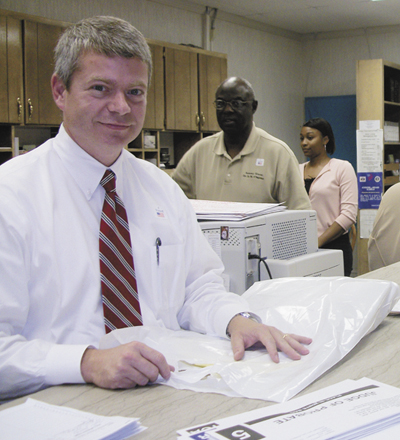 For the majority of Americans, the ability to cast a vote independently is something that is taken for granted. But... read more