The county’s recent rainfall is being termed a “mixed blessing” by farmers, said Doyle Barnes of the state Farm Service Agency.

For the next week, forecasters are predicting rainfall, rainfall and more rainfall, beginning with a 60 percent chance of scattered thunderstorms today and Friday. That chance drops to 30 percent over the weekend and Monday, before increasing upwards to 60 percent through Friday.

“(The rainfall) is a mixed blessing,” Barnes said. “Right now, we’re grateful for the rain. (The county) was definitely getting dry, and when you go that long of a spell, it kind of makes you worry. Farmers like a few days of rain, then seeing it clear up so they can get back into the fields.”

On the flip side, Barnes said when the rain continues to fall, it could spell trouble for those who plant hay crops to row crops – and even for those who have a small garden.

“If it stays rainy for another week, that’s going to mean there’s a lot of work waiting for farmers that they need to be doing right now,” he said. “Most everyone has gotten at least one cutting of hay, and row croppers are through planting peanuts and cotton. For them, now is the time to get back in the fields and spray to control weeds and such.

“A lot of wet weather is not good,” he said. “The rain’s been great, but we need some sunshine.” 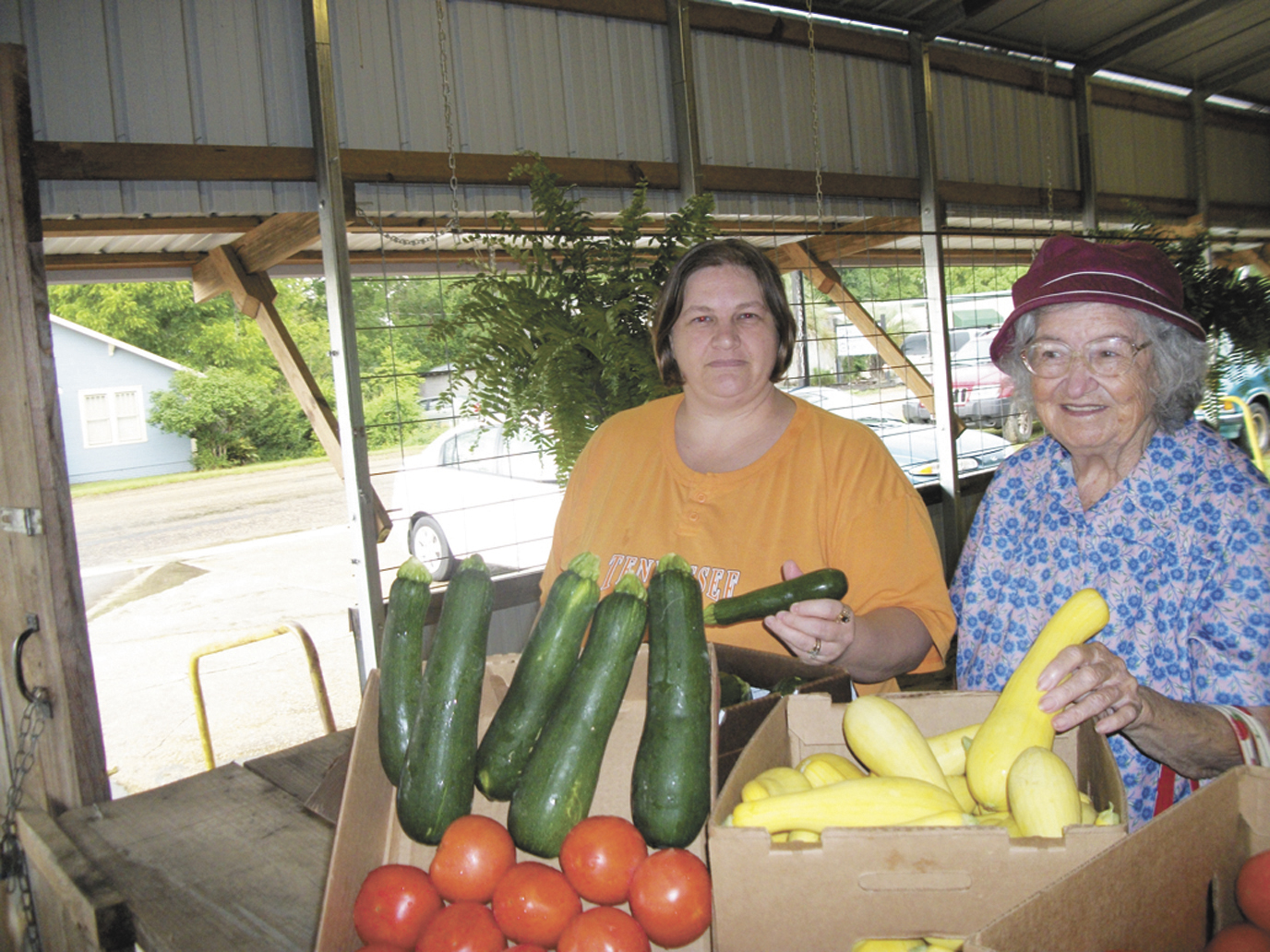 Instead of planting their own crop, Dana Rogers and Lessie Ashberry of the Babbie community opted to shop for their produce at Wingard’s Farm Market while the rain fell Wednesday. | Stephanie Nelson/Star-News