A Covington County grand jury has indicted a Babbie man following his March arrest for allegedly raping a family member under the age of 16.

Russell Derrell Worley, 34, was initially charged with two counts of first-degree rape and was later released on a $500,000 bond.

The allegations stemmed from a report taken by Alabama Department of Human Resources social workers, who then turned the case over to the sheriff’s office.

Initial reports indicated the abuse began in 2009 and involved a female child.

The alleged abuse lasted in excess of a year, and the exact relationship between Worley and his alleged victim was not released.

At the time of Worley’s initial arrest, sheriff’s office investigator Ted Motley, who was in charge of the case, stated there would be more charges forthcoming.

After the grand jury convened last week, that charge was revealed as one count of first-degree rape, when Worley was arrested Tuesday and held under a $600,000 bond. 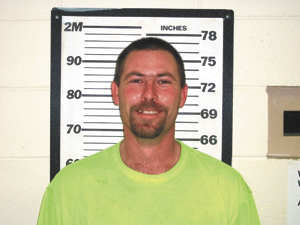 Movie Gallery will close its doors in less than a week. A sign posted on the store’s window said the... read more