A Dozier man was jailed Wednesday after he allegedly gave a girl alcohol and had inappropriate sexual contact with her.

“Because of the sensitive nature of the case and the age of the victim, we’re not releasing a lot of information,” Snodgrass said. “However, we can say that despite the Dozier address, the incident did occur in the county’s jurisdiction. The town of Dozier is in Crenshaw County; however, the Dozier community and postal route extends well into Covington County.

“According to the report we received, Mr. Sorrells is an acquaintance of the victim, and he not only (allegedly) had inappropriate sexual contact with her, but he also (allegedly) provided alcohol to the child,” he said. “He is now facing charges of first-degree sexual abuse, enticing a child for immoral purposes and contributing to the delinquency of a minor.”

Sorrells was taken into custody Wednesday and later released on a $23,000 bond. 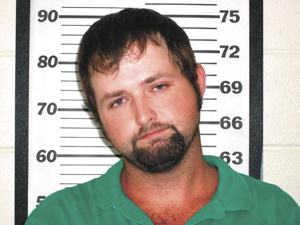 A minor traffic stop by the Andalusia Police Department Wednesday led to the apprehension of a Jackson County escapee. APD... read more