‘Execution’ is key for Bama 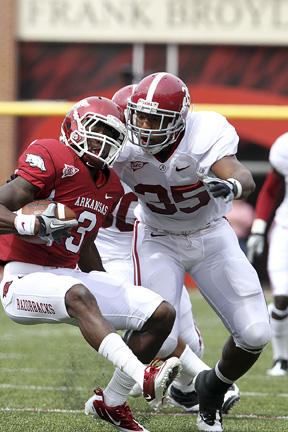 Merriam-Webster defines “execution” as the “act or mode or result of performance.”

Alabama sophomore linebacker Nico Johnson said that will be the main key in today’s Iron Bowl game against state rival No. 2 Auburn, and star Tigers quarterback Cam Newton at Bryant-Denny Stadium in Tuscaloosa.

The No. 11 Crimson Tide will be facing an undefeated Tigers (11-0) team that has Newton at the helm of an Auburn offense that has racked up 5,557 yards.

So far this season, Newton has helped that statistic by rushing 1,297 total yards and scoring 17 touchdowns on the ground. In passing, he has contributed 2,038 yards and 21 touchdowns.

Johnson will start at the “Mike,” or middle linebacker position this week. He has compiled 28 total tackles this season on defense, and he said the main key in stopping Auburn’s offense and Newton, is to “execute like we’re supposed to.”

Today’s game is an important one for both teams. For Auburn, a win would mean an undefeated record heading into the SEC Championship game against South Carolina, and for Alabama, a win would signify a great end to the regular season.

Johnson gave his opinion on the importance of today’s game.

“It’s important because in that situation, it’s very important on our end,” Johnson said. “The six-in-a-row is still in effect, and then I think for us it’s like three(wins)-in-a-row.

“So, we’re just trying to capitalize on that, and it’s the Iron Bowl, so we’ve got to do what we can to win.”

Last year, Johnson had a good start to his college football career. He was on a team that had a perfect season, and won the 2009 BCS National Championship.

When it comes to how it feels playing in this rivalry for the second time, Johnson said he understands the rivalry, and its significance more.

“It kind of does because I know more of what we’re playing for and what this rivalry means now than last year,” he said.

Leading up to the game, Johnson said the focus at practice is to treat this game as a “championship.”

“We’ve got to play our best football, and execute on both sides of the ball and on special teams,” he said. “And then, just enjoy this game.” 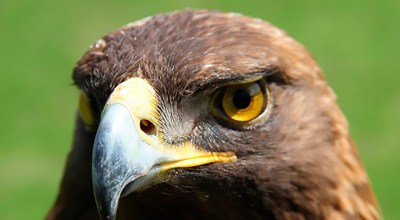 An Iron Bowl that will be remembered