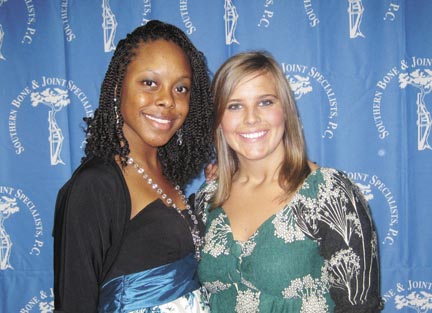 Andalusia’s Shi’Amber Townsend (left) and Amy Caroline Riley were selected to the Dothan Eagle’s Super 12 volleyball team on Monday night. Townsend finished the season with an impressive 292 kills, 121 aces, 123 digs and 93 blocks. Riley led in assists with 1,255. She also had 101 aces, 37 kills and 36 blocks. Both helped lead their team to an appearance at the Elite 8 State Tournament in Pelham.