It’s the most important time of the year 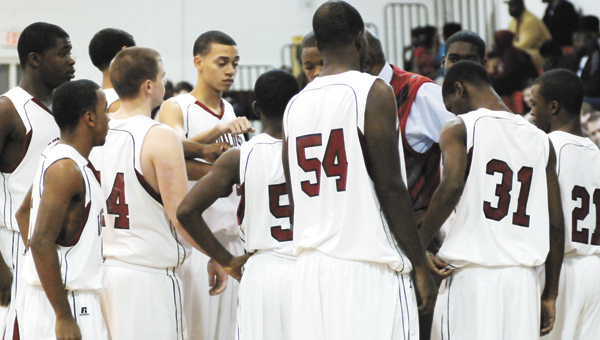 The most important part of the basketball season began on Tuesday night for local teams.

After Tuesday night’s games, only Andalusia’s and Pleasant Home’s boys and girls teams got wins. Florala’s girls team won against Kinston, but its boys team lost.

What lies ahead for each local team is a month where competing for home-court advantage and area seeding takes center stage.

Finishing strong in the area will determine first round matchups of the area tourney.

A win at the area tournament guarantees a spot at the sub-regional tournament Feb. 17-18.

After area competition ends in mid-February, the season will transition to the regional tournaments.

After the regional portion of the season, the Final 48 state finals will take place at the Birmingham Jefferson Civic Center from March 1-5.

Who will make a run at the state finals from our area?

Obviously, Andalusia is the favorite in boys and girls, and they are on the verge of doing so after not making it last season. Trust me, teams have short memories when it comes to not being able to make it back to the state tournament. The last time Andalusia’s boys and girls teams made an appearance at the Final 48 was in 2009.

Can Straughn bounce back after only winning three games so far? Will Pleasant Home get past the area tournament hurdle? Can Red Level make it back to the state tournament under a new coach? Will Opp go on a hot winning streak and dominate in area play?

These questions and more will be answered in the next two months, and I’m eager for the answers.

But right now, it’s up in the air which team will make the run.

There is plenty of basketball left to enjoy so sit back, relax and enjoy the ride with me.