A time not that long ago 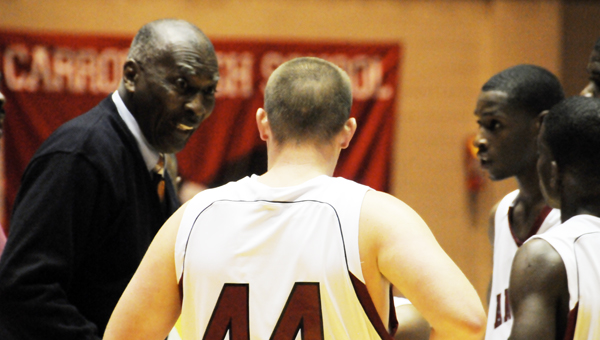 It was an ordinary day in April. Woodson High School had won a noon-time baseball game, and he was driving down North Cotton Street to pay a visit with his former football coach.

On Jan. 17, the nation will pause and reflect on the life of a man who stood for equality among all people.

Friday, Robertson sat down and talked about his experience as a football and basketball player at Alabama State University in Montgomery during the Civil Rights movement.

He said life in those days you had to accept things the way they were.

“That’s all we knew,” Robertson said. “We had been in a segregated environment the whole while. I don’t think anybody had any objection with the school system they were in.

“You had dual school systems, and dual experiences,” he said. “Back then, we just accepted things as they were because that’s the way it had been all the time. It doesn’t matter how good you are, you had to play in a segregated environment unless you went to a northern school.”

Robertson attended ASU from 1962-65, and said during road games, the team had to fend for themselves when it came to food and the way of travel through cities and towns.

“We’d brown bag it,” he recalled. “Routes were charted to the school. When we left Montgomery, we’d eat breakfast and leave.”

As far as lodging at these schools, Robertson said as an example, the team had to stay in an army barracks at Ft. Valley in Georgia.

“When you travel, and after the movement was going on, they (the other teams) didn’t want you there,” he said. “They had threats. They went through the disaster drill before you play, or practice. That took a lot of the enjoyment out of it.”

Throughout the Civil Rights era, King would speak at churches and dining halls, and led marches for equal rights.

In 1963, a church in Birmingham was bombed, and Robertson said many players on the ASU team didn’t know if their relatives were OK.

“It’s not like it is now,” he said about the immediacy of the news. “It took two or three hours for them to hear the news. Some of them didn’t know whether their relatives were there or not.”

But throughout all of this, Robertson said he, along with his teammates persevered.

“We didn’t go to school until the following Monday after Thanksgiving,” he said. “It rained all day Thanksgiving, and Tuskegee beat us 3-0 by a field goal. 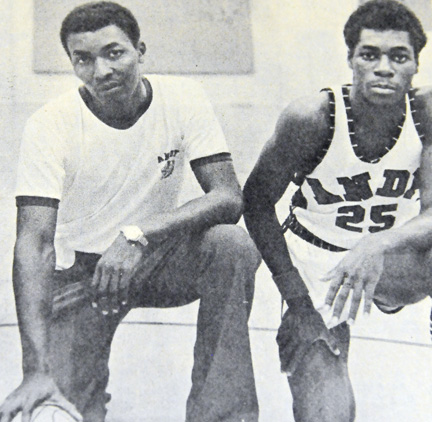 “After the game, we sat and watched the news all day in the staff lounge,” he said. “I remember when they brought his body in, and then I saw Jacqueline with her shirt all bloody.”

Despite the tough times Robertson said his teammates and he went through during that time, they will always be bonded for life.

When asked what type of an influence King had on him as a young, black student-athlete, Robertson said he liked that the reverend was for “equality.”

“All he said is that we want the same thing everybody else has,” Robertson said. “He was telling us we’ve got to prepare ourselves to compete, and that we just want equal rights.

“What did he say, ‘you have nothing to fear, but fear itself,'” he said. “There were some trying times, but there were some enjoyable times, too.”

Robertson said there were protests on campus during his time at ASU, and that students would lie around buses to prevent them from going any where.

“They wanted everything stopped,” he said. “You had other factions, too. Everybody was trying to fool you. Dr. King always taught non-violence. That’s why he is famous now.”

After playing three years of football, and one year of basketball, Robertson was a cadet, or student teacher at Houston Hill.

When he arrived in Andalusia, Robertson taught and coached at Woodson for five years as an assistant under James Hall, where he coached basketball, football, baseball and track.

After five years at Woodson, Robertson was transferred to AHS as the head baseball coach, and the next year he served as a track coach.

In 1975, Robertson was named the head basketball coach, the position he still holds today.

He is married to Ethel Robertson, of Andalusia.

AHS girls to vie for area wins next week