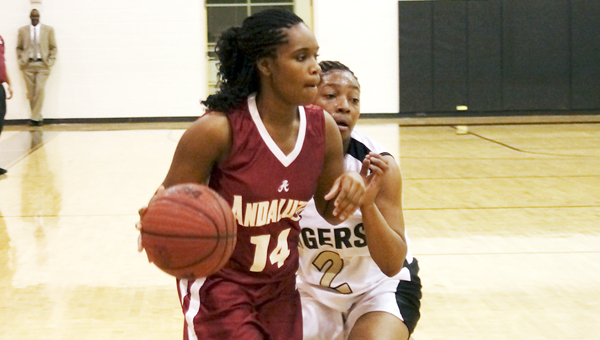 Andalusia girls coach Bennie Shellhouse described his team’s 62-27 victory over rival Straughn in area action on Tuesday night as one of the “best games we’ve played over the last couple of weeks.”

“I thought we played well,” Shellhouse said. “It was one of the better defensive games as of late.”

Leading the charge on offense was Alexis Horton, who led the Lady Bulldogs with 22 points and 11 assists. On defense, Horton racked up 12 steals. Shi’Amber Townsend added a double-double to the win, scoring 17 points, and getting 12 rebounds.

“We really played as a team Tuesday night,” Shellhouse said.

Andalusia will play host to Ashford on Friday night in area action, and Calera on Saturday night in regular season action.