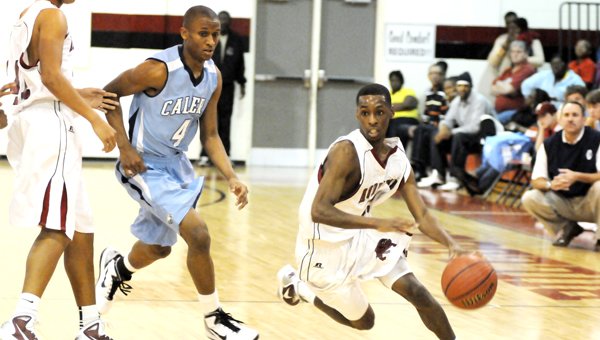 Andalusia strutted out to a 32-16 lead after the first period, and held on late in the contest against Calera, as the Bulldogs beat the Eagles 93-85 tonight.

Calera tied the game up at 57 apiece at the end of the third period on a four-point play by Jeremy Hyde, who finished with 18 points.

Hyde was fouled outside the perimeter, and he made his one free throw.

Due to Andalusia’s solid defense and free throw game late in the fourth period, the Eagles couldn’t catch up, missing several opportunities to get a lead.

Tonight’s point total for the Bulldogs was the highest this season. The second highest came against Enterprise at the AHS Invitational tournament last December, where Andalusia won 89-76 over the Wildcats.

Andalusia improves to 22-2 on the season.

Complete coverage of tonight’s game will be in the Tues., Jan. 25 edition of the Star-News.