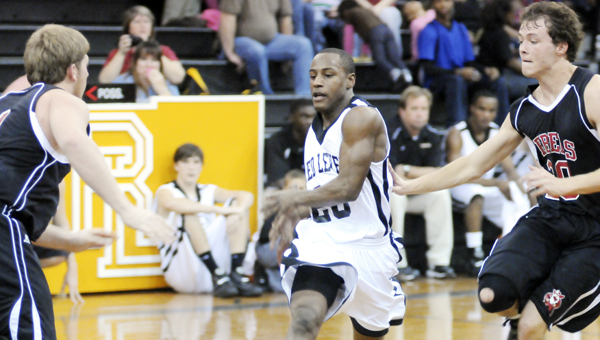 The Wildcats led by one point at half time, and then RLS took a 41-35 lead at the end of the third period.

Florala tied the game 51-51 at the buzzer in the fourth on a tip in by John Bess.

Red Level won the tip in over time, Troy Nolen (who led Red Level with 18 points) hit a three-pointer, a jumper was made from the field and the Tigers made 7-of-8 from the free-throw line to get the win in extra time.

Florala will play host to Georgiana on Thursday night, and Red Level travels to Straughn for action tomorrow night.

For T.R. Miller, Marc Edge led the Tigers with 17 points.

Straughn held a 35-31 lead early in the fourth period, but periodic turnovers by the Tigers led to key steals and lay ups by the Bulldogs.

With more than six minutes remaining, Kinston was 10-of-13.

D. Henderson had 10 points for Kinston.

Straughn will play host to Red Level for its senior night tomorrow night.