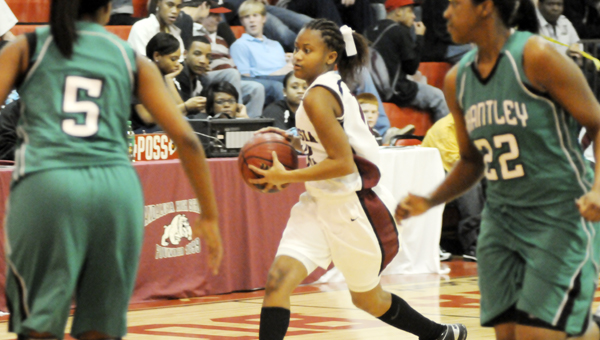 Andalusia’s varsity girls were outscored 23-9 in the third period, but held on late to earn a 60-52 victory over Brantley Tuesday night at AHS.

Burleson had nine points for Brantley.

Shellhouse said the girls also displayed a lack of intensity in the third period.

“We really had quit playing hard,” he said. “We were walking the ball up and down the floor. We played exactly what they wanted us to play.”

Andalusia would then outscore Brantley 14-11 in the fourth period to get the win.

Andalusia improves to 21-4 on the season, and will play host to rival Opp this Friday night.

The last time Andalusia played Opp, the Lady Bobcats came away with a 50-30 win.

“I’m really worried about us playing well,” he said.

Earlier in the contest, Andalusia’s Shi’Amber Townsend was found on the post, and made easy buckets on the inside.

“We fed the ball down to her on the post early, and got her started early and kind of went away from that,” Shellhouse said. “That’s something we’re going to have to continue to do.”

Eisha Person and Amahni Upshaw led Brantley with 20 points each.

PHS boys get win in OT