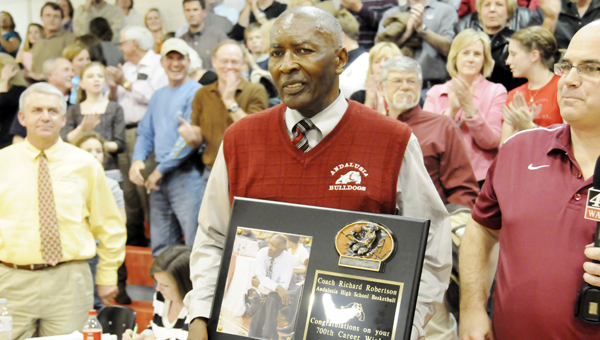 The Bulldogs won the right to host the Class 4A sub regional tournament, which will be this Friday night. Andalusia will face the runner up of the Class 4A, Area 4 tournament.