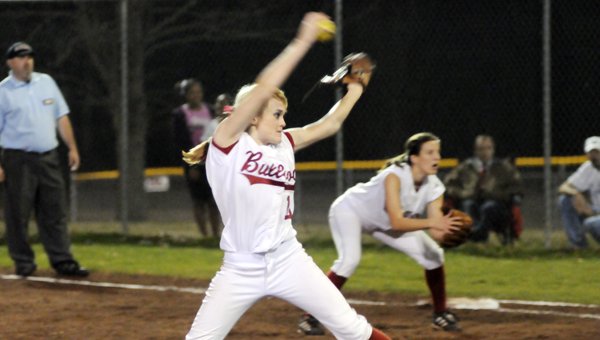 Andalusia scored seven runs in the second inning on its way to a season-opening 13-2 win over Florala Tuesday night at the Andalusia Sports Complex.

After the flood gates were opened in the second inning, Andalusia added one run in the third, and closed the game out by scoring four runs in the fourth inning to force the 10-run mercy rule over the Lady Wildcats.

“She had a great night,” AHS girls coach Marcus Taylor said about Dixon. “She did a very good job of locating her fast ball tonight. She had her change up working at times.

“When she has that change up working, she’s hard to hit,” he said.

Taylor also gave high praise to Hughes, who had to take over at catcher for starter A.C. Riley, who didn’t play because of an in-grown toe nail.

“She did a great job back there, even threw a runner out at second (base),” he said. “It was overall, a good night.”

Paige Irwin was 2-for-3 with one run; and Alma Caffy scored one run for Florala.

FHS girls coach Jonathan Stinson said the team will learn from the loss, where his team allowed 12 unearned runs.

“We’re going to get a lot out of this,” Stinson said. “We’re just going to get back to work, and fix it (Wednesday).”