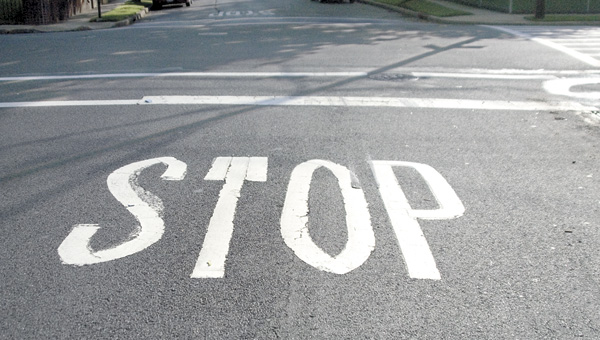 Now that temperatures have warmed up, many people are taking to the streets, fulfilling their physical and recreational itch whether it’s running, walking or riding bikes.

Stephanie Dillard, who ran in the 2011 Disney Half Marathon on Sunday (See related story in Sports), said cars not yielding at crosswalks were a common occurrence, noting that the same can be said of drivers in Andalusia.

“The cars do not stop at crosswalks at all,” she said. “We have to be very careful. It’s kind of dangerous.

“We have to stop and wait on them,” she added.

Heather Mount, who also participated in the run, said the half marathon reminded her that the same problem can be seen in Andalusia.

“We all had similar stories where people weren’t paying attention,” Mount said. “When a pedestrian is in there, you’re supposed to be stopping.”

“Probably the biggest issue with it is most motorists don’t understand the state requirements for yielding to people in crosswalks,” Andalusia Police Chief Wilbur Williams said. “You see it every day wherever it may be.”

Williams said crosswalks are there for everyone.

“It is certainly important (to yield to pedestrians),” he said. “That facilitates children, handicapped people and people with challenges that cross the crosswalk.

“We pride ourselves on extending Southern hospitality,” he said. “We should certainly extend it to those people (crossing at a crosswalk), and be a little more hospitable.”