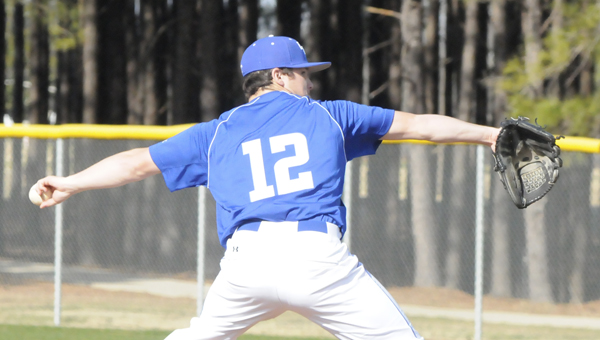 LBWCC’s Chris Barrentine earned the save for the Saints Tuesday night. | Andrew Garner/Star-News

The Saints scored four runs in the bottom of the third inning and five runs in the seventh to walk away with a 12-9 victory over Pensacola State College Tuesday afternoon.

Chris Barrentine earned the save for the Saints, who improved to 5-7 on the season.

The Saints had 16 hits compared to Pensacola State’s 12.

Thursday’s doubleheader at Huntingdon College will be in the Sat., March 5 edition of the Star-News.