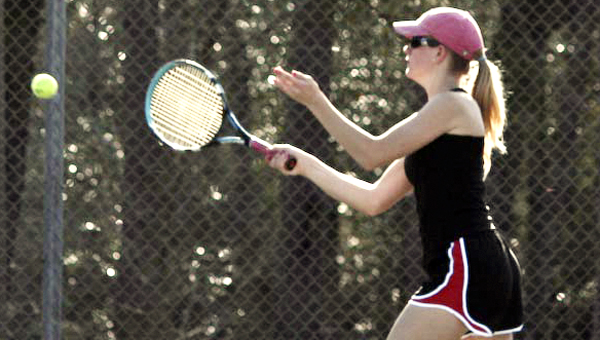 “It was a good chance for our guys to play,” AHS boys tennis coach Perry Dillard said. “Usually Enterprise is good year in and year out.

“Enterprise is really young, and we’re really young, too,” he said. “Tennis is kind of like golf. Once you have played somebody and beat them, you know them. We felt confident that we would get out there, and do those same things again.”

In doubles action, Evans and Smith defeated Blackburn and Marler 10-4 in No. 1 doubles; Patel and Moore defeated Reeves and Vanderloo 10-4 in No. 2 doubles; and Scruggs and David May defeated Kitch and Tinsley 10-8 in No. 3 doubles.

Andalusia’s only win came in No. 1 doubles, where Lauren Beasley and Jennifer Botta defeated Enterprise’s Lawrence and Owens.

Andalusia’s next match will be next Tues., March 22 against T.R. Miller in Brewton. The match will begin at 3:30 p.m.