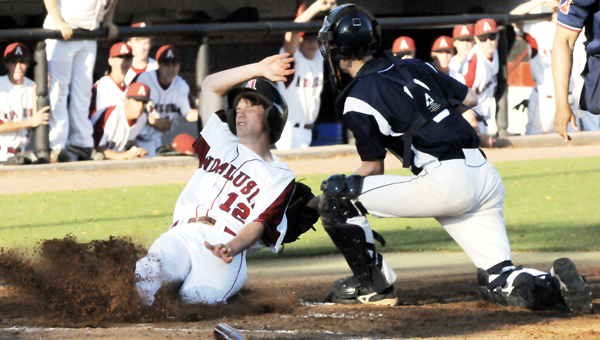 Andalusia scored five runs in the fifth inning, and the Bulldogs beat Ashford 10-0 in area action tonight at Ashford.

Dilan Manring was 3-for-3; Rob Maddox, C.P. Rogers and Brewer were 2-for-3 each; and Tyler Raines, Zack Ward, Robert Woodall and Q. Maddox all had one single each.

Andalusia will play host to Ashford Friday night in the second area game of the series.