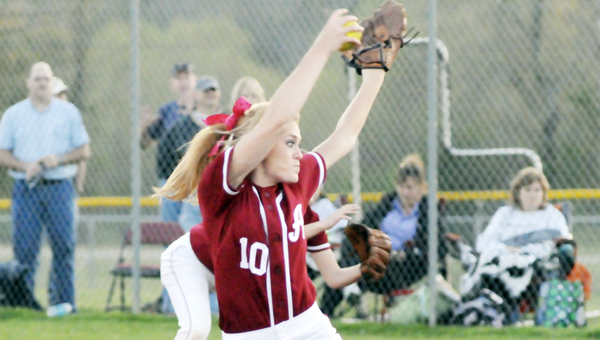 Andalusia’s Olivia Dixon struck out 11 in seven innings to help lead the Lady Bulldogs to a 5-2 win over Greenville Tuesday night.

“That was the difference,” AHS head softball coach Marcus Taylor said. “She (Dixon) was able to locate and keep the stuff down.”

“The biggest thing we’ve got to do is start hitting,” Taylor said about the upcoming contest against Ashford. “The only way we can match up against Ashford is to get the ball in play and hope that we do well.”

Andalusia only had three hits against Greenville.

The first pitch tonight against Ashford is slated for 4:30 p.m. at LBWCC.