Florala to fight for state park 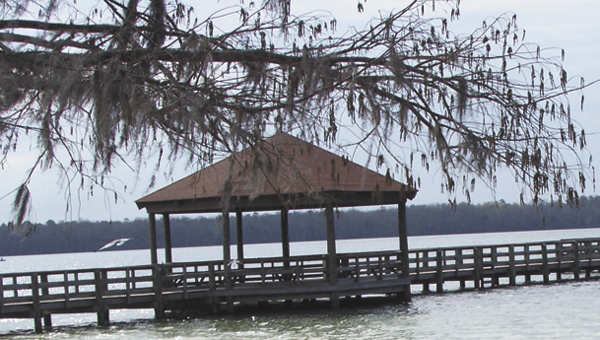 Florala Mayor Robert Williamson will be bringing a financial commitment from the City of Florala at today’s public hearing in Montgomery when he pleads against any closure of state parks in the future.

Williamson asked city council members Monday for their approval to “put our money where our mouth is” regarding construction of public restroom facilities at the state park.

He said after the opening of the community center, it was determined the bathrooms were not adequately designed to allow for use by those not renting the facility.

Previously, state officials said it would cost an estimated $40,000 to construct a new public facility separate from the conference center.

“It’s my opinion that the city and the state are joined at the hip, where the state park is concerned,” he said. “With that said, I’m in favor of sharing the cost of constructing a bathroom at the park.”

Earlier this month, word was released that the state park system is considering closing nine parks – including Florala State Park and Opp’s Lake Frank Jackson – because of budget constraints in 2012.

Williamson said such a move would greatly impact the local economies.

“Visitors to both lakes mean merchants fair better by selling more fuel and food, which provides a boost to the local economy,” he said. “Not to mention the taxes the cities receive.

“It’s difficult to argue (about not closing the park) if we’re not willing to invest in our own local economy,” he said.

Councilwoman Hazel Lee agreed, while she and others expressed a desire to see conditions placed on the money.

“I’m in favor of sharing the cost,” she said. “I just want to make sure that in the event the state does close the park, that it reverts back to the city. I see this as our chance to get half a bathroom paid for, where as if we wait, and they do close, we’d have to front the entire cost.”

By the end of the meeting, the council had agreed to give their financial support to the project and to work to resolve the situation.

“I just want the state to know we’re willing to help pay for some bathroom facilities,” Williamson said.

• installed Deborah Inabinett as the new District 3 council person. She will fill the remainder of Danny Thames’ term.

• held the first reading of the boat ramp ordinance, which will formally establish a $2 per boat launch fee at the Wetlands Park, as well as the one-way street ordinance for Ninth Street, which would make it one-way from the corner of Fifth Avenue to the high school.

• voted to block the downtown streets near Fourth Street for the June 24th festivities.

Opp rep at Capitol today, too

The City of Opp will send a representative to Montgomery to fight to keep Frank Jackson State Park open. Opp... read more