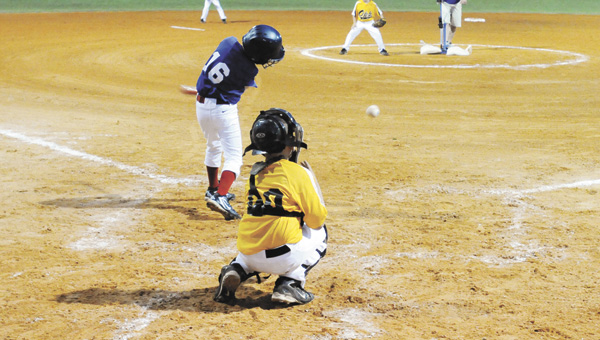 South Alabama’s Adam Kilpatrick (16) gets a piece of the ball. | Andrew Garner/Star-News

With this victory, the 8U Andalusia team will play in the state tournament next week.

Opp trailed 6-3 after the first inning, but answered with 10 runs in the second inning and six runs in the third inning to claim the district title.

The district champs sealed the win with two runs in the fourth inning.

Simpler, Whitaker, Long, Amos, Brackston and Kilpatrick scored for South Alabama in the bottom of the first inning.

Do you love Red Level High School football? If so, RLS will be hosting a meeting tomorrow, Thurs., June 30,... read more