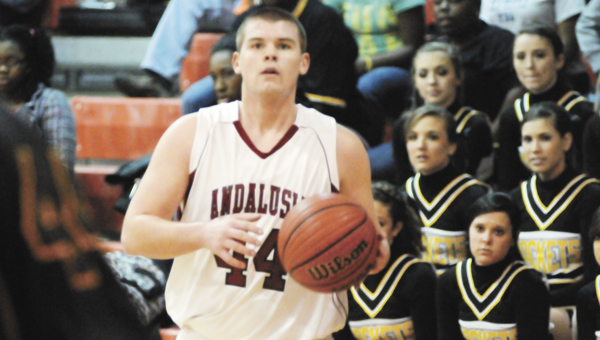 Justin Dooley is going to Europe to play some basketball.

Dooley will be going to Germany and the Czech Republic for nine days, where he’ll join the United States team with the Global Sports Academy.

Dooley committed to play at Huntingdon College this year and with this trip, he’ll have the opportunity to play teams from both countries that are Division III professional players.

“I am excited,” Dooley said.

Additionally, Dooley said the team will have free time to do some sightseeing.

Some notable destinations include visiting Dachau, the first Nazi concentration camp in Germany.

Then, on Aug. 14, the team will depart Germany for Prague, the capital city of the Czech Republic.

Earlier this summer, Dooley was slated to play basketball in Italy with the GSA, but a change of plans netted the team a two-country tour.

Dooley said the competition on this trip compared to what would’ve been the Italy trip is a lot better.

“I’ve heard it’s more high caliber than Italy,” he said. “I’ve never been overseas. The sight seeing won’t be as fun as it would’ve been in Italy.

Today, Dooley will fly to Philadelphia, where he’ll stay with a teammate tonight before departing for Munich tomorrow.

Let’s do the Wop

South Alabama's coaches, players, parents and fans celebrate after its 2-0 victory over Othello, Wash. tonight. The moms of the... read more