Tonight’s game to be Andy’s ‘first’ 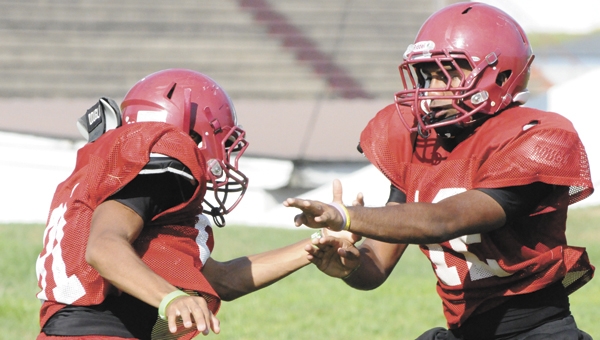 “I’ve always heard that you make the most improvement between the first and second games,” Seymore said.

The Bulldogs will face Carroll-Ozark, a Class 5A team, next Fri., Aug. 26, to open their regular season at home. Luverne is a Class 3A team.

“Our second game is Carroll,” Seymore said. “If we can improve between them, then we ought to be ready for when it really counts.”

Seymore said one benefit of tonight’s game is that it gives a chance for the players to compete against somebody new.

“The kids are tired of hitting each other,” he said. “(Luverne) Coach (Les) Sanders and their kids will be physically prepared, mentally and physically.”

With every preseason game, Seymore said it’s also a good chance to give every player some type of playing time.

“We’re looking at a chance to get a lot of kids some playing action,” he said. “You never really know what to expect when the bullets start flying. We still have question marks in several different positions.”

Additionally, Seymore said the team has had a good week at practice, and that the players are excited to get on the field.

“Everytime you put the pads on, they know they need to compete and win,” he said. “We know Luverne is going to be a good opponent. We’re definitely looking forward to the battlefield. It’s going to be exciting.”

Kick off tonight in Luverne is at 7.