Dooley completes trip of a lifetime

Justin Dooley can say without a doubt that his 10 days traveling through Germany and the Czech Republic playing against some of the best Division III professional players was an experience he’ll never forget.

“It was a blast,” Dooley said. “The games were fun, and I played with a good group of guys and it was a good opportunity.” 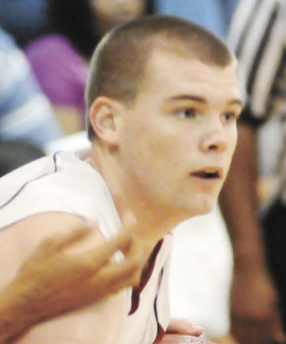 Dooley joined nine other Division III basketball players where he joined the United States team with the Global Sports Academy. The trip took place from Aug. 10-18.

Dooley said the brand of basketball in Europe is different than in the U.S.

“I went going from playing in a high school game to playing against professionals,” the former Andalusia High School player said. “Basically, it was like a team of (Dallas Mavericks power forward) Dirk Nowitzkis. They were tall, strong and can shoot.”

When asked what his favorite part of the trip was, Dooley said it was the reason why he went on the trip in the first place.

“Honestly, probably playing in the games,” he said. “It was playing in a stadium with their fans there.

“It was a good atmosphere there,” he said. “(The trip) was another opportunity to play against high-quality teams in their stadiums. It was definitely a legit trip.”

After playing five games against professional athletes in Europe, Dooley said his game has improved a lot more on the “defensive” side of the ball.

“They cut (to the inside) so much more (there),” he said. “You have to learn to play on the help side of the ball. They flash to the basketball. They’re quick.”

During his trip, Dooley said he saw some sights such as the Prague Castle, the site where U.S. President Barack Obama and Russian President Dmitry Medvedev came together to sign cuts in nuclear weapons last year, the site where Austrians were taken hostage during the 1972 Olympics at the Olympic Village in Munich, and toured Allianz Arena and its locker rooms, where two of Munich’s professional soccer teams — FC Bayern Munich and TSV 1860 München — play their home games.

Wildcats getting tuned for Georgiana

The Wildcats will face Georgiana for their first region contest this Friday night at home. | Andrew Garner/Star-News With the... read more