Not according to plan 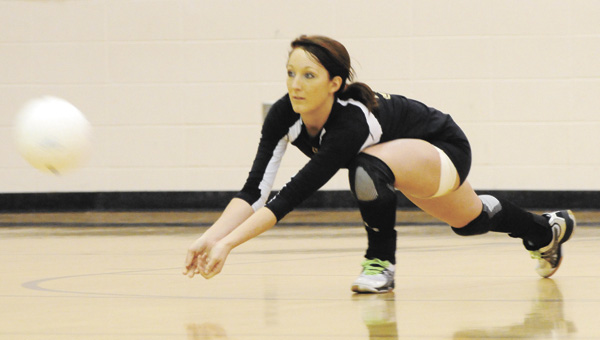 Sending Straughn’s two seniors out with a win was the No. 1 priority Tuesday night.

Instead, the Lady Tigers fell to a “tough” Zion Chapel varsity volleyball team 3-0 in their final home game of the regular season.

“We were playing a tough team,” SHS volleyball coach Marc Tracy said. “They are one of the toughest teams on our schedule.

“We’d like to have sent our seniors out with a win, but it always doesn’t work out that way,” he said.

The Lady Rebels went on a late 8-0 run in the first game to open the match, and played winning volleyball in game two.

Tracy said there isn’t one particular thing that needs work.

“I think that overall, it seems we’re not really clicking right now,” he said. “We just need to go back to almost square one — the basics.”

Straughn showed some life in the third game despite trailing 1-7 early.

During matches, coaches take time outs to allow their team to regroup.

Tracy only took one time out during the entire match.

He said one time out was all that was needed.

“Sometimes, they’ve just got to work it out themselves,” Tracy said.

The Lady Tigers will have Thursday off, and will travel to play Red Level next Monday at 4 p.m.

Straughn will close out its regular season area play on the road at rival Andalusia. The Lady Tigers will play Ashford and the Lady Bulldogs in the area-trimatch, which is slated for Tuesday.

SHS needs to beat Ashford a second time to clinch the No. 2 seed in the area, Tracy said.

“That’s going to go a long way for the area,” he said. “Andalusia’s undefeated in the area and we’re 3-1. It’s a big game on Tuesday.”

The winner and runner-up from each area will advance to play in the Class 4A South Regional Tournament, which will be held Sat., Oct. 15.