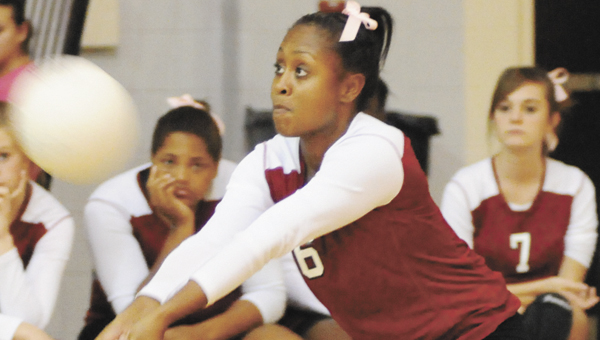 Andalusia’s athleticism and skill along with its passing attack gave way to a two-match area sweep over Ashford and Straughn on Tuesday night at AHS.

With this victory, the Lady Bulldogs win the regular-season Class 4A, Area 3 title, and the right to host the area volleyball tournament next week.

SHS volleyball coach Marc Tracy said the girls got off to a slow start, but bounced right back at the mid-point of the Ashford match.

“There in the middle, obviously, we picked it up being down two games to none,” Tracy said. “Then, we won three straight. I was hoping that would give us a little confidence going into the game against Andalusia.”

The seeding between Ashford and Headland has not been determined because both split in the regular season area.

The area volleyball tournament will be held next Tuesday at AHS.

The Lady Bulldogs had a 9-0 run after an early 4-0 run in the first game to pace the Lady Tigers.

In game two, Andalusia had a 6-0 run early, and led 15-9 before Straughn went on a 4-0 run. The Lady Bulldogs called a time out and regrouped and put the game in cruise control, going on a 9-0 run for the win.

Andalusia claimed the match in game three in strong fashion, only allowing the Lady Tigers to tie the game up once at 8-8.

At match point (24-15), Straughn took two time outs to try and freeze Andalusia. The Lady Bulldogs served out the match for the win.

“Andalusia’s a very athletic team,” Tracy said. “They are a well-coached team. Coach Grimes does a great job here. It just kind of seemed like they (Lady Tigers) were out-manned.” 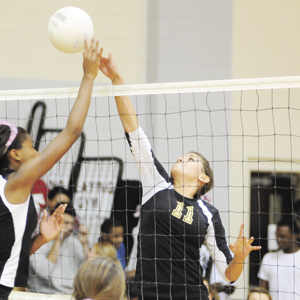 Straughn’s Mary Carrero goes up for a tip on Tuesday night. | Andrew Garner/Star-News

Straughn fell 17-25 and 23-25 in the first two games, but rallied with a 25-15 win in the third game and fourth games to force the tiebreaker fifth game.

Ashford went ahead, and had full control of the fifth game, but Straughn kept it close and secured the win.

Andalusia had complete control of the match from the start, only allowing nine Lady Yellow Jacket points in the first game.

Grimes said Kenna Edmondson did a good job putting the ball where it needed to be.

“Kenna had done a very good job pushing the ball to where they (Townsend and Daniels) are supposed to be,” Grimes said. “We’re working on that, pushing it outside and where we need to. I told her (Edmondson) that her job was to make bad passes look good.

“You don’t realize how much you need a setter that can do that,” he said.

Straughn made the long trek to Bullock County in Union Springs, and came back with a win Friday night. The... read more