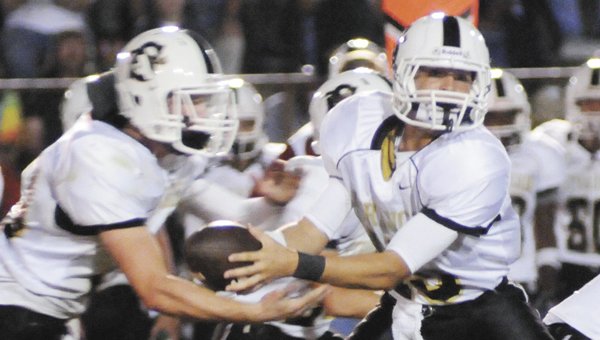 To say that Straughn is focused on Headland this week is an understatement, Tigers head football coach Trent Taylor said on Tuesday.

The Tigers are coming off a 37-3 region loss to rival Andalusia, and need to win these next two games to have a chance at claiming a spot in the Class 4A state playoffs.

Straughn has to start its playoffs quest on homecoming week against the Rams.

Taylor said it was easy to put last week’s loss behind the team, and strictly concentrate on the game this week.

“We were out of school yesterday (Monday), and traditionally, it doesn’t mean a good day at practice,” he said. “I think we had a good day yesterday. The kids were focused, and they know what’s at stake.”

The Tigers will face a Headland team that has two losses on its belt. The Rams’ two losses came to region opponents Alabama Christian, whom Straughn beat 34-7 at home in week three, and St. James, to whom Straughn fell 20-0 in week two on the road.

Taylor said the Rams utilize a spread attack on offense, and have as of late used it to run the ball.

“From the last two films we’ve watched, they have run the ball more than they have thrown it,” he said. “They haven’t been scared to put the ball in the air.”

In Straughn’s loss to Andalusia last week, the Tigers trailed 30-0 at half time, but stepped up on defense in the second half, only allowing one touchdown for the Bulldogs.

“I’m not going to lie. I’m disappointed in the way we competed,” Taylor said about the loss. “Andalusia’s got a great football team. We would have had to have an exceptional effort to win the football game.

“We’ve said little about last week as a coaching staff,” he said. “If there’s anything we can do about it, it’s that our focus has got to be going forward.”

What’s next for Straughn is to try and win these next two games, Taylor said.

“Before the Opp game, we had talked to them after the game that we had to win three out of the next four games,” he said. “It’s not anything they hadn’t been already told. We win at Bullock County and get a loss at Andalusia. They know the math — we have to win these next two.”

However, Taylor said he is confident in backup quarterbacks Taylor Messick, who is a sophomore, and Rollin Kinsaul, who is a freshman, to fill Turvin’s spot if needed.