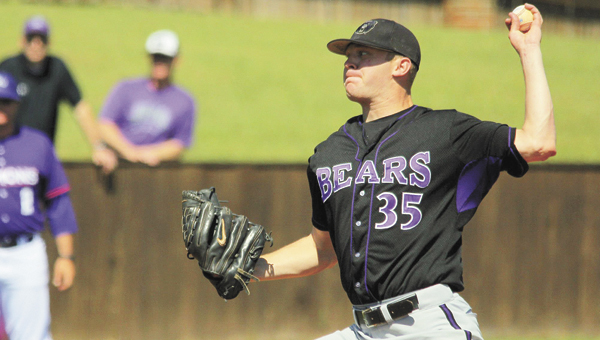 The former LBWCC left-handed pitcher will be playing for the San Diego Padres after he was selected in the 37th round of the 2013 MLB Draft on Saturday.

Enloe, a Gonzales, La. native, flew out to training camp in Arizona on Monday for a couple of days and quickly hopped on another plane to Eugene, Ore., on Wednesday, where he’ll play for the Eugene Emeralds, a Class A Short Season affiliated baseball team with the Padres.

Enloe said it was exciting to finally get the phone call from San Diego on Saturday.

“On the day of the draft, I was kind of watching and trying not to pay too much attention to it because it gets overwhelming,” he said via telephone Tuesday night.

“When it was getting later in the draft and everything, my phone rang,” he said. “It had the San Diego area code on the caller ID. I knew it was the Padres. It was very cool and very exciting talking to them and them telling me that they selected me in the draft.”

Leading up to last weekend’s draft, Enloe said he had been in contact with other baseball clubs, including the Padres.

Often, they’d send text messages or just call to get information on him, Enloe said.

Enloe said he started getting interest from scouts while he was a Saint at LBWCC. In fact, he said he was confident that he was going to be drafted after his junior season at Central Arkansas in 2012, but the call didn’t come.

All of this doesn’t matter now because Enloe will likely make his first start for the Emeralds as they host the Boise Hawks this weekend in a three-game series for their home opener.

“That’s what I’ve been working toward my whole life — to become a professional baseball player,” he said. “It’s actually happening right now. It’s a dream come true in a way.”

Enloe started working toward his baseball future when he was five years old as a T-ball player. His pitching days didn’t start until he was nine.

“I remember always going up to bat and trying to hit it over the fence every time,” Enloe said about his T-ball days.

Now, the only thing Enloe has to do is keep the big-league hitters at bay as a major league professional baseball player.

$50K up for grabs in Bobcat tourney

Cash money. That’s what selected golfers will get the opportunity to win on Saturday in the annual Bobcat Booster Golf... read more