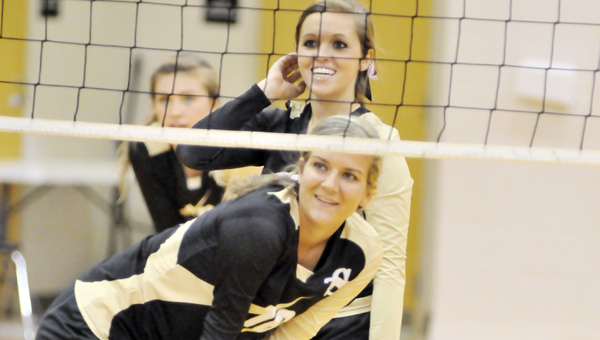 Straughn squandered two big leads in a 2-1 loss to Zion Chapel, but bounced back for a 2-1 victory over Brantley in the night cap of a tri-match on Monday.

Before Straughn took the court for its second match, the school honored its seniors with a short ceremony, where Lady Tigers volleyball coach Daniel Rodgers spoke about the four leaders of the team.

Rodgers said the girls responded well after the opening loss.

“I was proud,” he said about the girls’ effort. “We got to honor our seniors. All of them got to play and we got to play everybody.”

Straughn led 15-6 after its 7-0 run in the second set and wouldn’t give up the lead despite Brantley’s athletic play at the net.

Straughn visits Providence Christian Academy on Thursday, where it will play in a quad match.