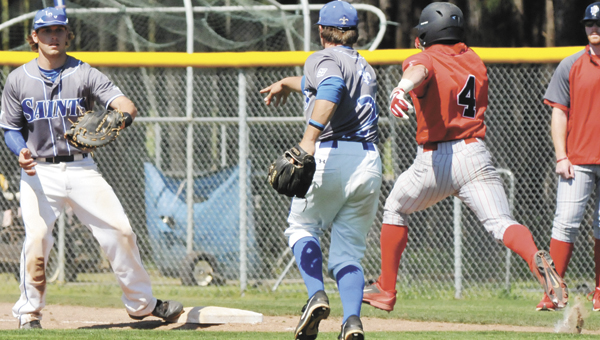 The Saints came back from a 3-0 deficit and plated three runs in the fourth inning.

However, JDCC came back to score two runs in the fifth, three in the sixth, one in the seventh and three additional runs in the ninth while holding LBW scoreless the last four innings.

LBWCC only tallied seven hits in the loss.

The Saints have a chance to win this conference series tomorrow afternoon in a doubleheader at home.

First pitch is slated for noon.