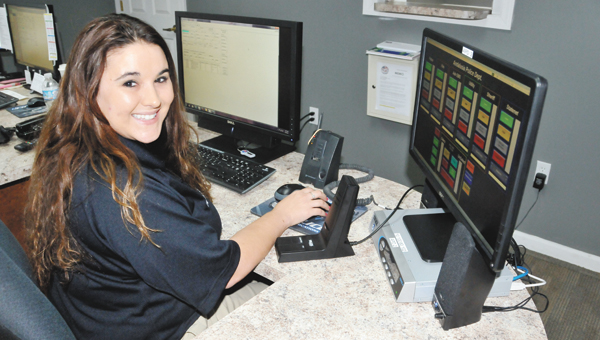 That’s what the City of Andalusia did with its recent transition from analog radio to digital.

Citywide, the new digital radio system works on one frequency, which allows the different departments to work in talk groups. Each city department has a talk group.

The digital radios can’t be picked up my analog scanners, which will give the police department a blanket of security when responding to calls.

“That’s the next best thing,” Andalusia Police Chief Paul Hudson said. “We swapped the whole city to that.”

Hudson said the project cost $185,000 to get it all done, as it took several months to make the transition.

“The biggest part was waiting on the (United States Security and Exchange Commission) to give us our license (for the frequency),” he said. “One of the plusses is that nobody can scan it. That’s going to benefit us on some calls.

“If they’re trying to commit a crime and they have somebody listening to the scanners for the dispatcher, they’re not going to hear anything from us,” he said.

Hudson said a lot of people may not like the digital radios, but making the transition was a needed step in the right direction.

Hudson said the city still has the old analog radio system just in case something happens to the digital radio system.

Opp City Schools is launching a new, innovative enrichment program this summer for its students. “We are launching a little... read more