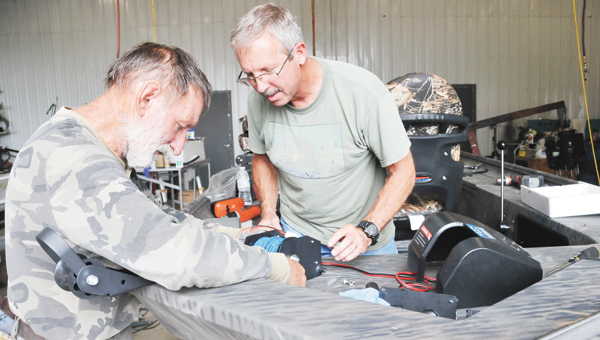 See a life jacket inside of a boat? Wear it. That’s what troopers with the Alabama Law Enforcement Agency’s (ALEA) Marine Patrol Division want boaters to keep in mind as the summer boating season approaches.

The Marine Patrol Division is teaming up with boating safety advocates across the nation and from Canada from May 16-22 to help promote safe and responsible boating, including wearing life jackets each time boaters are on the water, according to a ALEA press release.

“While it may start off as a perfect day for boating, conditions could change quickly and become hazardous, especially if you end up in the water. Ensure an enjoyable time by choosing to always be a responsible boater and insist everyone on the boat wear a life jacket,” said Col. John E. Richardson, director of ALEA’s Alabama Department of Public Safety, which comprises Marine Patrol and Highway Patrol Divisions.

Drowning was the reported cause of death in three-fourths of recreational boating fatalities in 2013, according to the U.S. Coast Guard. Eighty-four percent of those who drowned were not wearing life jackets.

There are different types of life jackets needed for the length of vessels.

Those ages 8 and under must at all times wear a U.S. Coast Guard approved personal flotation device that must be strapped, snapped or zipped securely in place, except inside of an enclosed cabin or sleeping space.

• Drowning was reported as the cause of death in three-fourths of all fatalities.

• Approximately 84 percent of those who drowned were not wearing life jackets.

• In 2013, the Coast Guard counted 4,062 accidents that involved 560 deaths, 2,620 injuries and approximately $39 million dollars of damage to property as a result of recreational boating accidents.

• About 13 percent of deaths occurred on boats where the operator had received boating safety instruction.

• Alcohol use ranks as a contributing factor in 16% of the deaths.

• Twenty-two people young than 13 lost their lives while boating in 2013. Eight children, or approximately 36 percent of the children who died in 2013 died from drowning. (Five children or 62.5 percent of those who drowned were not wearing a life jacket as required by state and federal law.)

SALUTING THOSE WHO GAVE IT ALL

Eventgoers released balloons in memory of the officers killed in the line of duty in Covington County throughout the years.... read more