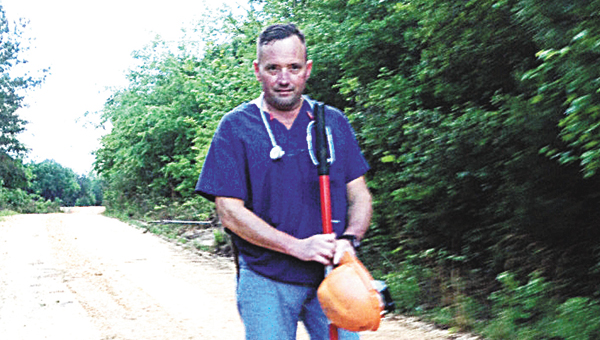 Watts has started a Go Fund Me account for his vision of providing rural health care in this area. | Courtesy photo

Scott Watts goes to bed and wakes up thinking about improving life in rural Covington, Conecuh and Escambia counties.

One way he intends to do that is through “Rural Health Clinic ON-Wheels,” a mobile health unit that would provide basic healthcare to residents who deserve it.

Watts, a Paul native and registered nurse, has started a GoFundMe account to help raise money for the effort.

“I’m a nurse and I’m finishing up my master’s degree in nursing with a concentration in rural healthcare advancement,” Watts said. “Rural healthcare like an advancement continuum over a lifetime. I want to be able to provide healthcare for rural residents from when they’re babies to when they grow old.”

Watts, who moved back to Paul from Tuscaloosa to take care of his father, Billy, said he got the idea to form a health clinic on wheels when he and his father were sitting in a store waiting on their pizza to finish cooking.

Watts said an old school friend came in and complained about all of his health problems and told him that he couldn’t afford to go to the hospital.

Being the kind and generous person that he is, Watts said he was able to mend him the best he could.

“That got to me,” he said. “I’m at a point in my life where I knew there’s more to me coming back home than just to be near dad. There’s a calling in my life that has yet to be filled. I’ve been searching for it since I’ve been in Paul.”

Throughout his searching, Watts said he’s come up with a couple different projects or businesses that unfortunately weren’t successful or have fizzled off.

One of the businesses he intends to get back to one day is for economical heaters.

One day during church, Watts said he was told by God to start the mobile health clinic.

“That Sunday afternoon after church, I sat down on the front porch and had a tablet out and wrote down what I was thinking,” he said.

Watts said his father helped him focus on what he hopes will one day be a reality.

“There’s nothing like this in the area,” he said about the clinic.

There are 15 phases in Watts’ plan to get this project on wheels.

In order to get the project going and being able to see his first patient, there are four phases Watts said he must complete.

If he had the money, Watts said he could get the mobile health unit up and running in 90 days.

“I figured it would take me at least $150,000-$200,000 to do it right,” he said. “People in the rural communities neglect themselves and deprive themselves of basic healthcare, which in my opinion and in this country, is a basic necessity, which no one should lack. There’s no reason for it.”

The local Fraternal Order of Police Lodge is seeking help from local businesses and individuals to help make its first-ever... read more